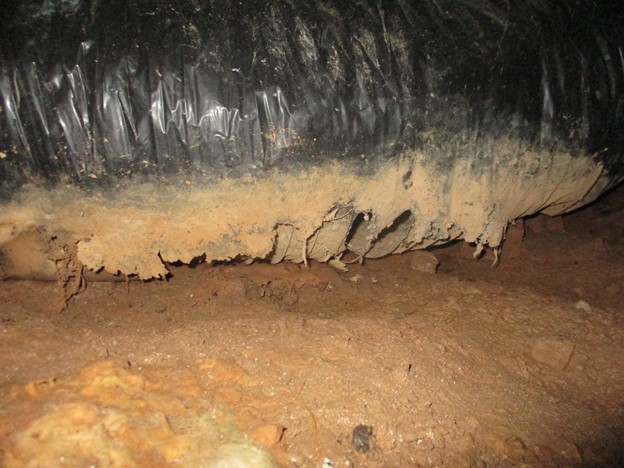 What appears at first to be a routine inspection on a ten-year-old home can quickly become a lesson in why having an initial inspection is so vital to the home-buying experience. An inspection on this home when it was newly built or even a maintenance inspection, later on, would have caught many of the now full-blown issues shown before they were big problems.

Here is a shortlist of problems caused by moisture, mold, and fungi, and other issues.

Water is being allowed to roll up against the back of the building which is accumulating inside due to poor ventilation and no low point drain. 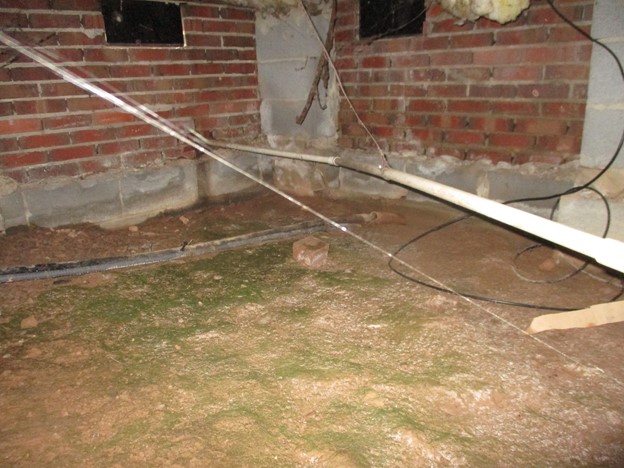 The insulation is falling free, soaking wet, and damaged in numerous places, and will need to be removed, repaired, and replaced. 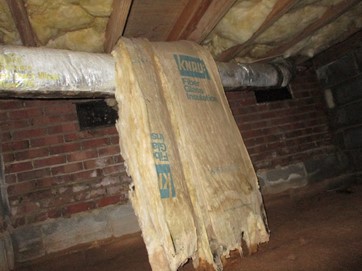 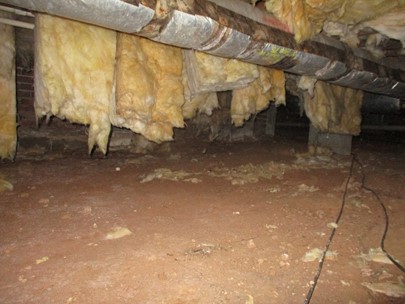 Lastly, we found the HVAC rotting through in places after being left lying on the ground. This means that the compromised air in the crawl space has been drawn up and circulated in the home with microbial and fungi particulates. If the ductwork had been found and suspended properly after construction, it wouldn’t be a problem at all now.

We found termites and moisture damage under the home that has been allowed to cause rot in the components. 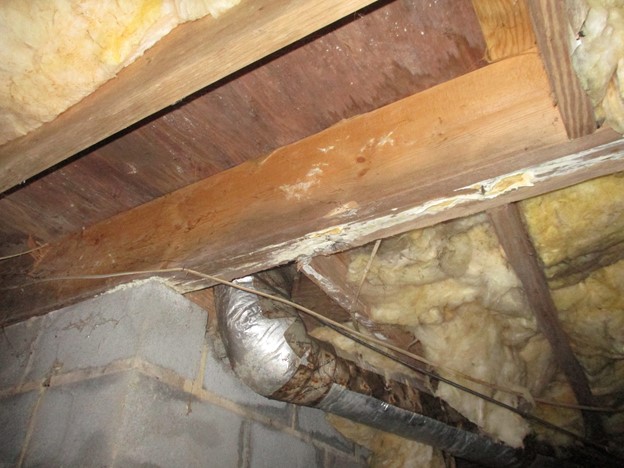 If a home inspection had been performed after construction was completed, the issues seen would not have happened. The builder would have corrected the grading outside to minimize the impact of moisture and the drooping lines would have been suspended off the ground correctly. These two repairs almost alone would have nearly eliminated all of the issues that this homeowner faced.

No matter the age of the home you are purchasing, a home inspection by an experienced professional is a vital part of the home-buying process and an important investment in your future.